We were caught. My brother and I were caught. We didn’t know what to do or even how to explain what we’d done. Here we were in our old room, sitting on the edge of the bottom bunk with our heads down. Our faces were probably beet red from it all. My heart beat so fast that it pounded in my ears. If only we’d remembered to lock the door.

Our stepdad, Pip, looked over his shoulder from the doorway and entered the room. He closed the door and locked it. He sauntered our way and stood in front of us with his arms crossed. However, to my surprise, a lopsided smirk played on his goateed lips and not the angry expression I’d expected. He was probably getting a good buzz from whatever drinks he’d had, or so his face told us. “Fabian and Paul sitting on a tree.”

I swallowed hard, and I struggled to look him in the eye. Hell, I couldn’t look at Paul, either. I passed a hand through my dark hair and attempted to say something. “We were just curious.” I finally tried looking at Paul through the corner of my right eye, and I imagined he was as terrified as I was.

Pip let out a chuckle. “So this is what you boys do when no one’s around, huh?”

The rest of the family was downstairs after all of us had had a hearty meal. Paul and I had wanted to hang out in our old room, the bedroom we’d shared practically our whole lives before we’d gone away for college. I was a sophomore at nineteen and Paul was a freshman at eighteen. Coming back here and especially being in this room had only brought back naughty memories of what the two of us had done many times before.

I attempted to zip my pants back up, but Pip grabbed my hand to stop me. He shook his head. “Nope. Stay like that, Fabian. I want you to think about what you just did.”

Oh, great. What now? A lecture? Sure, it probably wasn’t normal for brothers to mess around, but it’d been our little secret, our own thing we’d enjoyed doing because why the fuck not? We were probably messed up ourselves with no cure, so, whatever.

Pip was tough-looking. He could kick both of our asses if he wanted to. He stood six feet tall with big muscles, dark fur, and a bald head. He was sexy as fuck for a muscle bear in his forties, but of course, he’d also been married to Mom before she’d passed away a few years ago.

“So… tell me. What was Paul’s mouth doing on your little cock?”

I swallowed and couldn’t get myself to answer. First of all, it wasn’t that little, about average. And what exactly was I supposed to say, anyway? It was obvious what had happened.

After the most awkward moment of silence, Pip asked, “Have you ever done that to Paul?”

Why was Pip asking that? It was just an odd question. Still, I chose to reply. “A few times but not much.”

“I’m kind of small and I prefer to suck than to be sucked.” Paul suddenly didn’t seem quite as upset as I was about being caught. What had gotten into him to have said that?

“I see,” Pip said. He unzipped his jeans and pulled his cock out, much to my shock. I couldn’t help but stare at it, though. Even in a flaccid state, it was huge. I still couldn’t believe it. “Don’t think I don’t know about you both looking at my nudes a while back.”

My eyes bulged, and I almost dropped my mouth open. How did he know that?!

“I assume you made copies because I mysteriously found them on your laptop when I snooped through your things the one time I caught you drinking behind my back and grounded you for it.”

Oh, shit. I must have left my laptop on when I’d passed out from being drunk. Yeah, it had sucked being grounded for a month, but Pip was like our only dad type of person in my and Paul’s lives, even if nowhere near blood-related. Our biological dad was somewhere in the planet these days; we didn’t care about his loser ass at all.

But here was Pip, exposing himself in a way that was probably not appropriate at all, but in a way that also caused me to get hard. The truth was, I’d wanted to have sex with him for a while now. Paul did, too. In fact, Paul and I had gotten off together talking about it, and more than once. Yeah, we were sick fucks, indeed. But c’est la vie, right?

Pip smirked. “Here it is. You wanted this cock, right? So, show me what you let Paul do to you. I haven’t had my cock sucked in a very long time, and yeah, I’m bisexual, so don’t fucking tell anyone about this, okay?”

I gave him a rushed nod, my heart beating faster again. I couldn’t believe this. I looked at Paul, and we exchanged shocked expressions. Nevertheless, I got down on my knees in front of Pip and looked up at him. “You… you sure?”

“Does it look like I’m joking?” He seemed annoyed, but the sick fuck was probably anticipating this, too.

I stared at his cock for seconds as it rose stiff into what had to be at least nine inches minimum, and thick. “But what about the others? They’re downstairs.”

“So? I locked the door. Why would they ever suspect any of this? There’s no way they would.”

Pip had a point. The three of us were pretty straight-acting, so to speak. Besides, why would they even question what happened behind closed doors when given our relationship to each other?

I looked at Paul and licked my lips. “You… want to watch?”

He just smiled bashfully as if feeling intimidated all over again. He had his moments when he was daring, though. He gave me a nod.

I looked at Pip’s cock once more and grabbed it. I played with it for a while and stroked it to witness it getting even harder.

“Put it in your mouth.” Pip’s voice was soft now, no longer intimidating. “Come on. You wanted this. You take it now.”

I did as I was told and placed my lips over the head, sucking a little here and there until I grew a bit more comfortable. I liked the musk from his pubes, too.

He stroked the back of my head, playing with my short hair with a soft moan. “Mmm, yeah. You’re good at this, Fabian.”

“None taken,” I said. And it was true. Despite being versatile, I was more of a top than a bottom, even orally. I stroked myself while watching, and so did Paul while he sucked away.

After a while, it was my turn again. I took Pip’s cock in my mouth and gave it some more sucks before passing it back to Paul again, my jaw getting sore already. Paul licked around the tip and collected every bead of precum he could before slurping that big cock all over again.

I inched closer and decided to lick Pip’s hairy balls. I sucked each one as best as I could because of Paul being in the way. I licked again, my tongue covering every area, my mouth making Pip moan.

Paul ran his tongue down Pip’s shaft and reached for his balls until he and I kissed each other, switching back and forth from Pip’s balls to our lips.

Paul’s eyes were shut tightly, and his face was red from the force, but he swallowed every drop of that man milk. Watching him take it sent me over the edge, and it prompted me to jolt back up on my feet and feed him my own milk. I shot harder than ever into his warm mouth because of the particular situation I was in. This was super kinky, but it made me so hot, nonetheless.

Pip patted us on the shoulders with both hands. “Good boys. Can’t guarantee it’ll happen again, but you two keep doing what you do. I just needed to get off bad, so thank you.” He winked and rushed toward the door to unlock it. He left the room as if nothing, leaving the door closed.

Paul and I smiled shyly at each other all of a sudden. We couldn’t believe this had happened, and with Pip of all people. While it probably would never happen again, we’d never forget just how curious our stepdad really had been all along. 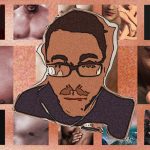 Related Posts
Gay Stories
0
Kurt turns 21 and all his friends tell him that you have go get a haircut now. He never knew he would be getting a blow job in a privat...
College First Time
0 660 0 April 13, 2020
Gay Stories
1 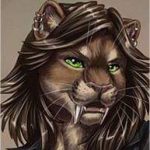 Kyle and Devin are spending some quiet time at home and realise something important....
College Mature
1 1k 0 February 9, 2020